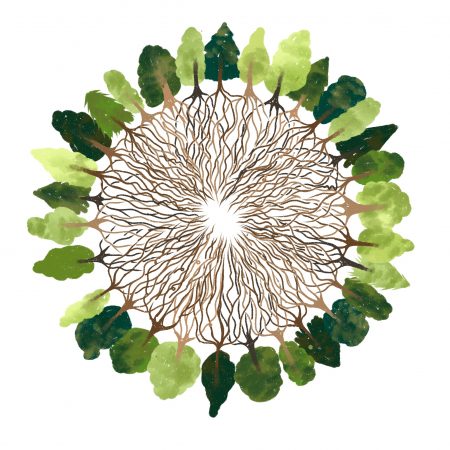 The importance of trees has been well known to most for some time, from their role in producing the air we breathe to their role as important habitats for other creatures, creatures that included us in the past. Now however, as climate change weighs more heavily on the public consciousness and the amazon burns, more focus is being placed on just how trees are key players in their ecosystems, with some trees being the MVP of their game.

“My name is growing all the time, and I’ve lived a very, very long time, so my name is like a story.”

In J.R.R.Tolkiens’ Lord of the Rings, there are long-lived shepherds of the forest that look over and protect their ancient ecosystem. Wise in their extreme age and not prone to quick decisions, these “Ents” may not be too different from what scientists are calling “Long-lived Pioneer trees”. Found in large old forests – mostly studied in parts of Central and South America but thought to be all over the world – these trees are often the first true trees to take root and grow rapidly in a young forest. They are usually seen towering above the rest of the canopy and they can account for nearly 40% of a forest’s biomass as they put all their energy into growing upwards and expanding their trunk outwards. These trees are often species such as Oak, Pine, Mahogany, Brazil Nut; all fast growing and can live for centuries and maybe longer if left to their own devices. But why do they take up this role of shooting for the stars before their cousins, who still root around (pun intended) on the forest floor?

The answer may lie in the relationships these trees have, not necessarily with other trees of their forest, but something a bit more low-down and dirty.

A tree’s roots delve deep into the ground, in some cases reaching 2 to 3 times the breadth of the tree’s canopy in just as many years so one can imagine the range of a tree decades old. While a good complex root system is important for the uptake of nutrients and water, sometimes it’s just not enough. If the soil is poor, or the water table too deep down, the tree – no matter how tolerant – may not take by itself. This is where the secret relationship comes in. Biologists have understood for some time now about the importance of Mycorrhizal fungi in aiding plant growth. These specific fungi will use the plants’ roots as a host, growing and forming a “sheath” over the roots of the plants (Ectomycorrhiza; EM fungi). In some cases the fungi will even penetrate the root system, forming bladder-like structures and areas of fine-haired cilia called arbuscules and vesicles within the root itself (Endomycorrhiza; AM fungi).

This may sound incredibly invasive bordering on parasitic, but believe it or not the root system finds this all beneficial, as does the fungi. You see this is the start of a codependent relationship, with the tree providing its surrounding fungi with carbon, glucose and sucrose – products of its photosynthesis – and the fungi provides nutrients, water and carbon from the surrounding soil. In AM fungi, the vesicles and arbuscules that some fungi form within the root are used as sites of exchange, increasing the rate this occurs and upping efficiency. These nutrients are found and brought along to the host trees by means of hyphae; long filamentous strands which extend out from the fungi into the soil. Often at only a few microns in size – or no more than the width of a cell – these hyphae can extend more easily through the soil therefore reaching water tables and pockets of nutrients that would take the root system an age to get to in comparison. As these fine hyphae travel through the soil, they also increase the porosity of the soil, aerating it and increasing its quality, making it easier for less tolerant plants to take root. The actual filaments used in the hyphae have also been found to increase the number of polysaccharides and glycoproteins in the soil, creating a richer “humus” and helping the soil bind together more thereby increasing its structure and complexity – important stuff for new saplings and seeds.

Ever-evolving new research is expanding what we thought we knew about this already important relationship between mycorrhizal fungi and tree roots. The highly complex networks formed by the hyphae of EM fungi have been found to not be specific to individual trees. Instead using genetic markers, scientists have discovered huge mycorrhizal networks that connect hundreds of individuals within an ecosystem. More impressively however, these networks show evidence that the fungi facilitates the movement of nutrients, water and even chemical signals between individual trees. These trees do not even have to be of the same species, they just have to be a part of the same ecosystem and connected via fungal hyphae at points called “nodes”. Even more amazing is the discovery that multiple networks occur within the same soil, recognising each other but not competing, instead providing different services. Some mycorrhizal fungi networks, composed of more EM fungi than AM, seem to favour the roots of young saplings. The fungal sheath created over the root system of the young trees provides a physical barrier between the root cells and any pathogens in the soil, increasing the plants disease resistance while still providing the nutrients the tree needs to grow by means of the hyphae. As the tree matures and produces more nutrients of its own the fungi is replaced by more carbon-hungry strand-forming fungi. Although this is a larger drain on the tree, there is still a trade-off happening; this new fungi is able to extend deeper into the soil, providing a deeper depth range to the tree’s roots and often procuring more water and nutrients as a result.

The extent of this mycorrhizal network and it’s inclusion of all ages “implies a diverse and secure energy source” according to Dr Beiler, author of a study into the network surrounding Douglas Firs. The prevalence of the same genets (the same fungal genes so implying the same network) among the networks also implies that the fungi involved in forming such networks is also a “late-stage, perennial species” that spreads “primarily through vegetative growth”; growing slowly and steadily over a long period of time. In his study, Beiler also noted something that following papers have since corroborated; the older the tree, the higher the number of “nodes” or connections to this underground network.

Is it possible that some fast-growing long-lived trees in ecosystems kickstart the process of building this forest-wide network, named the Wood Wide Web? It’s highly possible as “hub” trees, to give these large important overstorey trees another name, can provide up to 100% of all the carbon a mycorrhizal network might require for it to service a whole network of trees. That’s one tree providing enough energy for the whole hyphae network to transport nutrients to dozens of trees, maybe much more. If these trees such as oak, pine and mahogany do form the centrepoint for these mycorrhizal networks it would explain why they have the highest number of genets and nodes, connecting them to far more networks and trees than any other individual. It has been noted that these taller overstorey trees which make up the early canopy don’t produce as many offspring in their initial growing years, instead putting their energy into forming biomass. By placing themselves at the top of the forest first, they ensure themselves a good source of sunlight for photosynthesis – producing plenty of sugars – while other species and siblings reproduce and die back quickly on the forest floor. This prioritising of sugars would be of benefit to any mycorrhizal fungi taking root (pun not intended) which would in turn aid the quick decomposition of leaf litter produced by the other species and siblings near the forest floor. More recent studies are beginning to show that a healthy mycorrhizal network aids the quick growth of these reproducing individuals by providing nutrients while the carbon is sequestered away in the larger trees where it possibly acts as a storehouse, perhaps as insurance against future conditions such as drought or even forest fires. This gives me thought on two rumours heard about large ancient trees; the first is that when they are cut down, they purge most if not all of their nutrients back into the earth (there is some evidence of this happening in regards to the mycorrhizal network receiving an influx of nutrients and carbon when a large connected tree is chopped down); the second is that such giant trees disappear once a forest reaches maturity, presumably as the forest has a suitable biomass to be able to sustain itself. The last rumor makes me slightly sad yet learning about how these giant trees could operate, it sort of makes sense. These large trees put all their energy into providing for a young forest, nurturing it and providing for it until it matures and no longer needs looking after. At which point these ancient shepherds of the forest become hidden by the density of their own nursery and fade into the soil and time.

Even thinking about it is like a spot of Shinrin-yoku.

If you would like to read more wonderful things written by Robbie Sidhu please head over to his website and show your support.

A Day in the Life of a Brackenhurst Butterfly