Growing up with the Forest 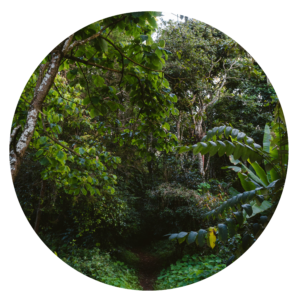 In 2001, a year after I was born, Brackenhurst partnered with Plants for Life International to restore this area’s indigenous forest. Because of this, I have watched Brackenhurst grow from an old-fashioned colonial era conference center into a sustainable, innovative eco-hotel. Since the restoration project started, over one hundred indigenous trees have reappeared at and around Brackenhurst. The prunus africana, previously endangered, is thriving here. Many animals have returned, including civet cats, bush babies, and mongeese. The local population of Sykes’ and Colobus monkeys is growing as well.

In addition to the restoration project, Brackenhurst has evolved as a business. Brackenhurst is now a social enterprise with many different branches, including a non-traditional school called Woodland Star and recently Brackenology, a department focused on sustainability and establishing the Brackenhurst campus as an official botanical garden. I am proud to be working as Brackenology’s first intern. Brackenology is only a year old, but it has already started a lot of interesting projects. Some of these projects include working to increase our campus’s sustainability by increasing the output from our shamba, testing the health of our water and soil, and implementing the principles of permaculture around campus. Brackenology is also starting a community based organization to encourage appreciation of the forest. Finally, Brackenology is in the process of turning the Brackenhurst campus into a BGCI accredited botanical garden, complete with signs, rare plant species, and community events. Brackenology is on its way to pushing Brackenhurst into a new era of sustainability and ecological restoration.

Most people are disappointed to find that their childhood home has changed significantly. Whenever I leave Brackenhurst for an extended period of time, I am overjoyed by the amount of positive change that has come over the campus when I come back. The vibrant forest, thriving animals, and appreciative community all show how far Brackenhurst has come on it’s mission. I have had the pleasure of growing up alongside the living, breathing forest here at Brackenhurst.